While at a Meeting at a local church on 4/29/18 I saw a vision that looked like a ticker tape scrolling across in front of me. This occurred while the speaker was speaking.

The message was, " I know God does not have favorites, but if He did, it would be me."

For me I just laughed because that is how I think. I am convinced I am God's favorite. After discussing this with a men's group I realized that how I think is definitely in the minority.

One of the group members quoted John 13:23 "One of them, the disciple whom Jesus loved, was reclining next to him. This is The Apostle John describing himself. He also felt He was God's favorite.

After realizing this I prayed and asked God for some clarification. It is a great feeling to wake up every day feeling no condemnation or guilt. I feel very connected to God.

Then I found this scripture :

Hebrews 5:13 Anyone who lives on milk, being still an infant, is not acquainted with the teaching about righteousness.

Righteousness is the right standing with God. Yes that is how I feel every day and so did John. How do you get this righteousness?

Romans 9:30 What then shall we say? That the gentiles, who did not pursue righteousness , have obtained it, a righteousness that is by faith.

Back to the foundations series. I have gone over this study at least 5 times in the last 30 years with a friend of mine. His name is Rob. I called Rob to see how He felt about all this. Without hesitation he stated," I feel like life is a big adventure with God and everyday is the beginning of a new one." I asked, how about the guilt Rob do you feel like you have to earn God's approval? NO

That was it. I see the tie between the two. God wants to set you free. He uses His truth in His word to do it. He does it for those who will hear His voice and then obey what they hear. 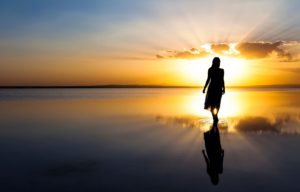